Planning an ICO? Don’t Fear the S.E.C., engage instead.

You are here:
all 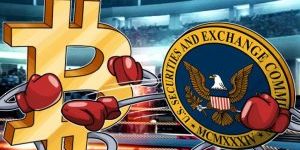 If you are planning a Token Generation Event (“TGE”), also known as an Initial Coin Offering (“ICO”)—and you happen to be a U.S. citizen, a U.S. resident, your ICO team is based in the U.S., or you’re planning to offer tokens to U.S. users—it is perfectly understandable to be concerned about the U.S. regulatory environment surrounding cryptocurrency and the U.S. Securities and Exchange Commission.

However, there is no need to let legitimate concern over your TGE/ICO’s designation as a security by the SEC turn into fear. And the worst thing you can do is let your advisors or legal counsel tell you that your token is not a security and that “It’s all good.” In fact, nobody knows for sure how the SEC will rule on any specific token because there are no established standards in place.

The good news is that the SEC seems to be very open to help entrepreneurs clarify and demystify some of the myths surrounding Token Generation Event (TGEs)/ICOs, and since they are the final authority on whether a token qualifies as a security it makes sense to take advantage of that openness and make them a trusted ally instead of a feared enemy.

Working with the SEC is a straightforward process and can be initiated by simply sending an email to chairmanoffice@sec.gov and asking to speak to someone about your upcoming Token Generation Event (TGE)/ICO (note that you will likely receive a phone call from an unlisted or “No Caller ID” number—so make sure to answer it when it comes).

When you speak with the SEC representative, remember the “garbage in – garbage out” rule, i.e., be completely forthright and honest about the details of your planned Token Generation Event (TGE)/ICO and don’t just tell the representative what you want them to hear. They can only give their opinion based on the information you provide, and no advice you receive during this sort of informal conversation will be binding on any subsequent official decision by the SEC, so there is absolutely no upside to “pitching” your project during the call. Just state the facts and be open for honest feedback.

Once you are ready to get a more official pronouncement on the status of your planned Token Generation Event (TGE)/ICO by the SEC, you can submit a written request at one of the following two location:

With this form, you can ask the SEC to provide guidance on your interpretation of how your ICO/TGE does against the Howey Test, and in the overall Securities realm.

But there’s also other form that you can submit:

With this other form instead, you can ask the SEC whether it’ll take action/non action in regulating your ICO/TGE.

In addition to communicating directly with the SEC, there are numerous other online resources available which provide a good overview of the constantly changing regulations in the Token Generation Event (TGE)/ICO space. One of the best available at the moment is Coincenter.org, a nonprofit based in Washington, D.C., that represents the blockchain community before Congress. Their website (http://coincenter.org) should be bookmarked and regularly reviewed by anyone working on blockchain projects and ICOs as well as anyone interested in keeping up with the latest developments in the ICO world.

If you’re launching an ICO or planning one, make sure to read my other articles on the same regulatory subject, Three things you must know when it comes to the SEC and TGEs/ICOs and Fear of your ICO token lacking “real” utility? Check out SEC’s Reg A+ and D.